For waterfowlers everywhere, September is generally a special month. September is the month that wing shooters get the chance to break out their favorite semi-auto or over/under, see how well the off-season retriever training has proven to be, and head out to fields and waterways to chase Canada Geese.

For me, growing up in Upstate New York, among rolling hills of agricultural fields canvassed over the countryside, September 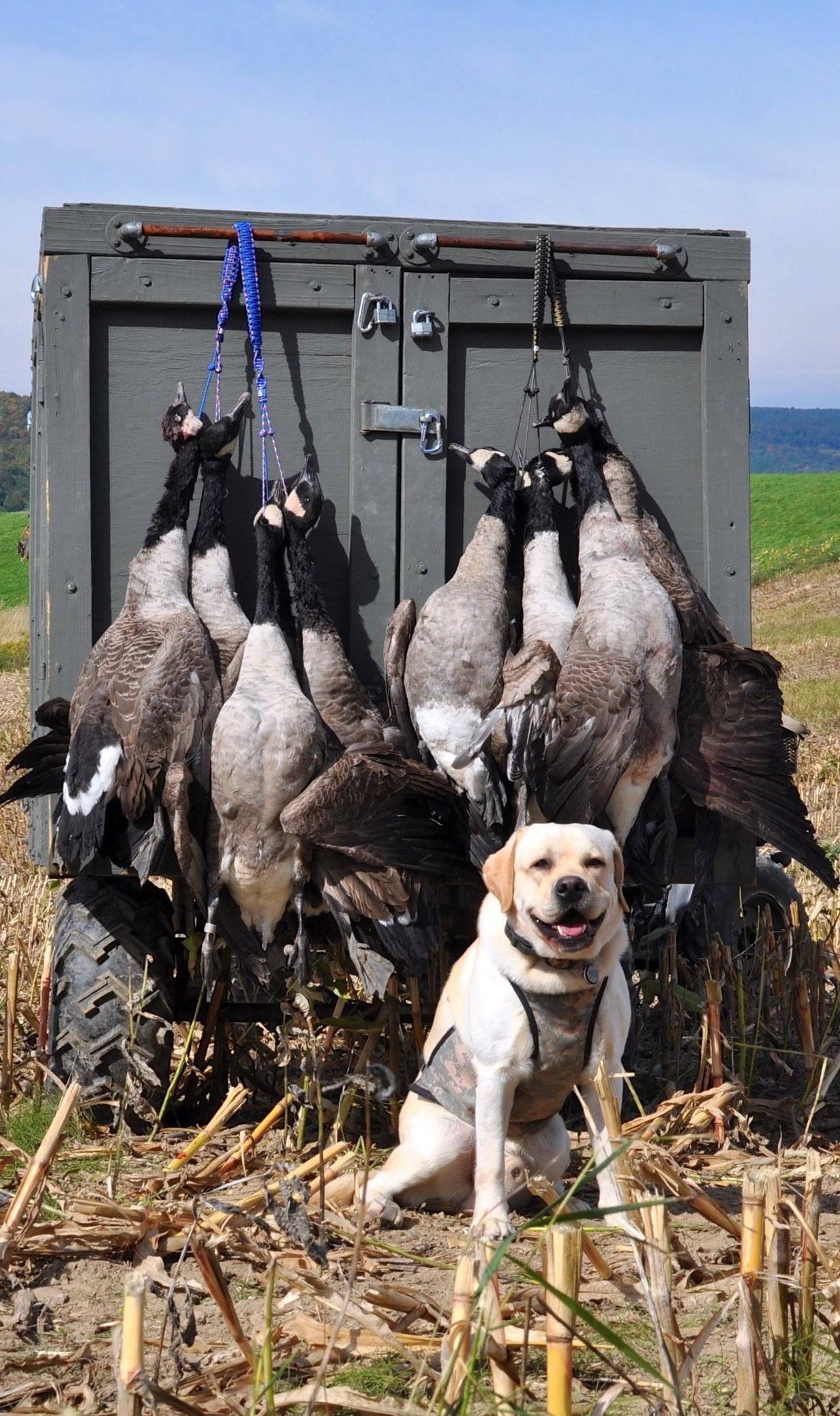 1st was a special date marked on the calendar every year. My true passion is chasing Greenheads. However, duck season didn’t start until at least October, and early Canada Goose season was a wonderful way to quench that wing-shooting thirst for Boggs and me.

However, most people don’t realize that New York City is a small part of a much bigger State, affectionately known as “Upstate New York.” Upstate New York is much bigger than most people realize, comprised of very rural areas where farming is a major part of people’s everyday life. Many of these farms are dairy farms. And along with dairy farms come lots of corn and alfalfa fields.

Many of these farms are home to resident Canada Geese, and the cut corn and alfalfa fields are the targets of large numbers of migrating Canada Geese.

As the temps are starting to fall in September, along with the leaves from the maple and oak trees that dot the landscape, the farmers begin to cut their agricultural fields. And once they begin cutting, these fields begin to teem with Canada Geese. With full fields of Canada Geese come fun times to be a wing-shooter in Upstate New York in the month of September.

Growing up in Upstate New York for much of my life, I almost started to take the early Canada Goose season for granted. 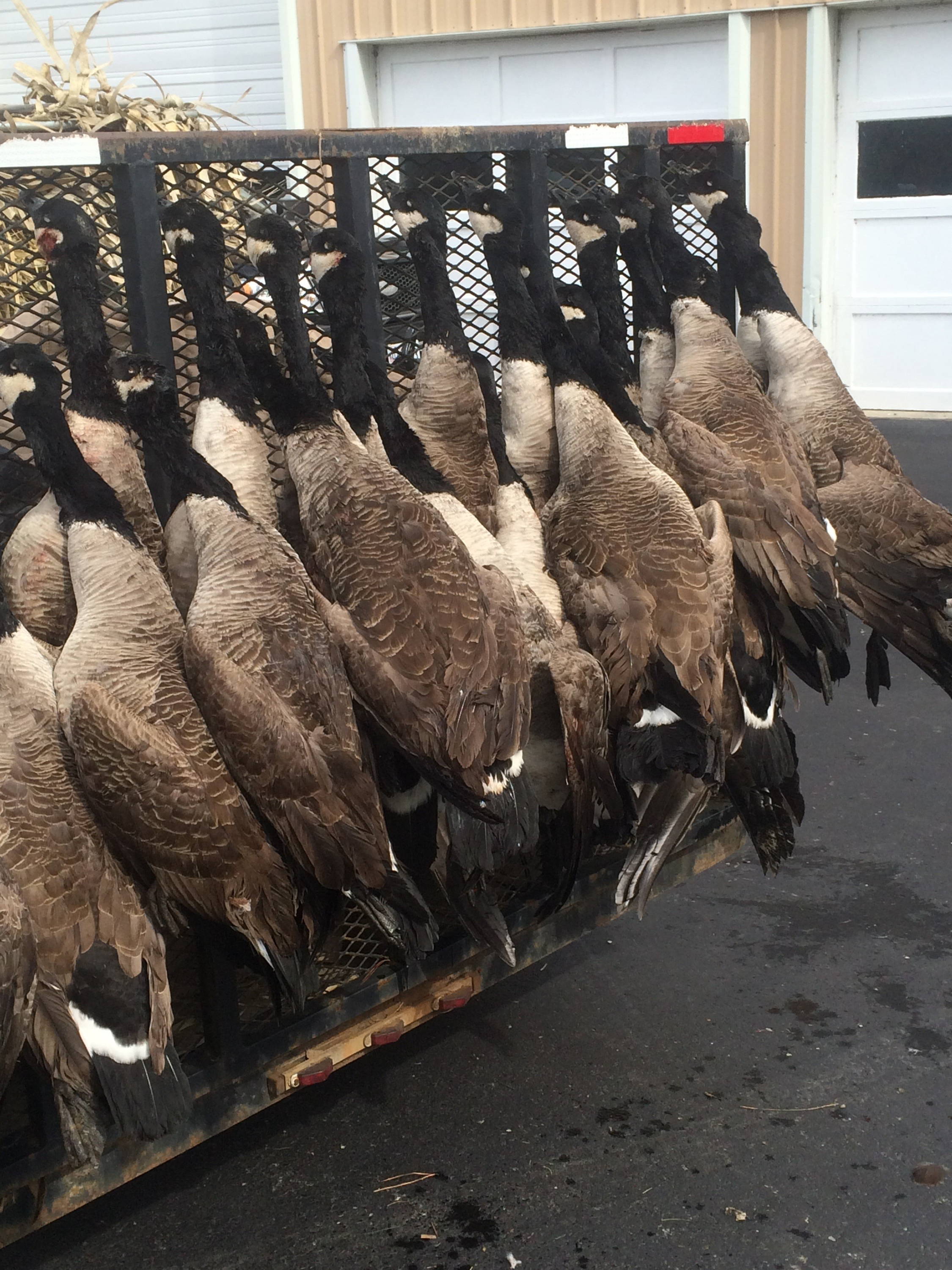 However, I forgot that many States around the country aren’t as lucky as we are in Upstate New York for a couple of different reasons. The obvious reason is because New York is loaded with fertile agricultural grounds for Canada Geese to flock to. Many States don’t have the vast amounts of agricultural fields to attract the Canada Geese the way New York is able to. The other reason is not so obvious though. Believe it or not, it is super easy to get permission to hunt in New York.

I have been fortunate to hunt many States throughout the country. I have found it extremely difficult to hunt in other States without a resident of that State, or with a guide or outfitter. In New York, however, getting access to hunt a farmer’s field is as easy as a knock on his door or stopping by the barn to ask, in many cases. 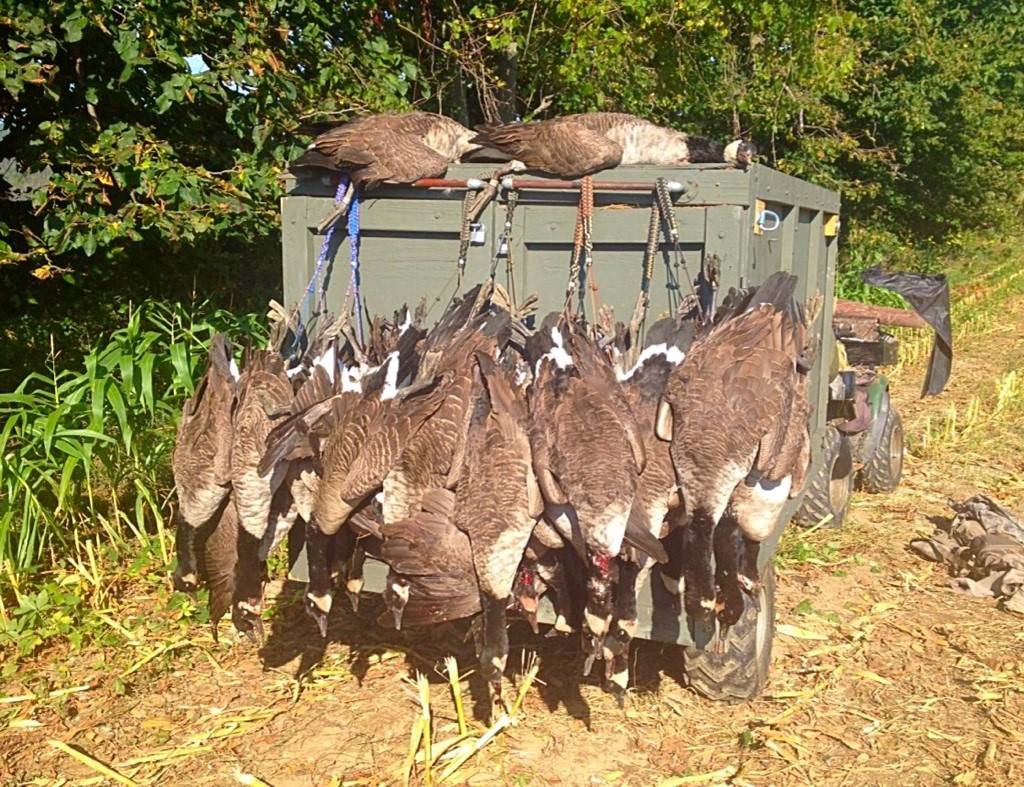 I took my Canada Goose hunting pretty seriously, too. I was constantly innovating to try to make it easier for everyone to enjoy hunting early-season Canada Geese the way I did. There were panel blinds, layout blinds, and boat blinds. Then there were the mechanisms in place to transport decoys, equipment, and people to and from the hunting spots. 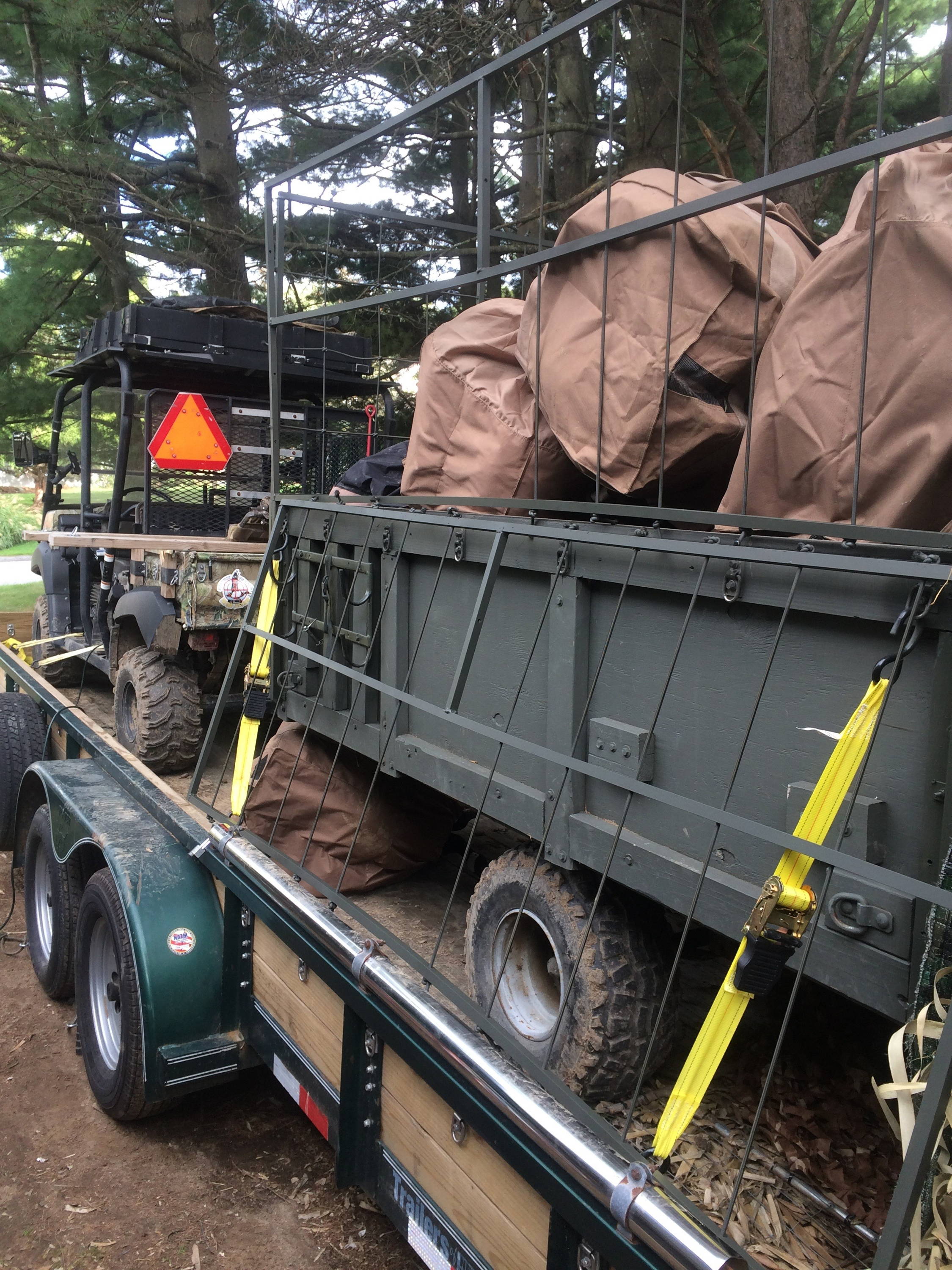 At one time I took an old 4x8 utility trailer and converted it to an off-road trailer. I put ATV tires on it to go thru the muddy fields easier. I also put high, removable side gates on it so I could stack bags of full-body decoys in the trailer, along with layout blinds and panel blinds. I hooked this off-road trailer to my UTV and pulled the whole rig up onto a 24-foot flatbed landscape trailer.

When we went Canada Goose hunting, I made sure we were prepared for every hunting situation. I wanted to make sure that we could easily transport all of the equipment in a way that wasn’t physically taxing on all of the hunters, as well as in a manner that didn’t disrupt the farmer’s property that he so generously granted us access for the morning.

I have since moved to South Carolina where goose hunting has been replaced by dove hunting. I do miss those cool September mornings in cut corn and alfalfa fields in Upstate New York, waiting for the Canada Geese to get up from their roost and pile into these fields for their morning feed.

My name is Chad Hunt, and I am the National Director of Drake Waterfowl Systems’ Promotional Staff. I live in the beautiful State of South Carolina where we are adorned by Palmetto Trees, great weather and the most wonderful people. I have been hunting waterfowl since I was kid when I fell in love with watching the passion of retrievers picking up birds. It was my love of dogs that fostered my love for waterfowl hunting.